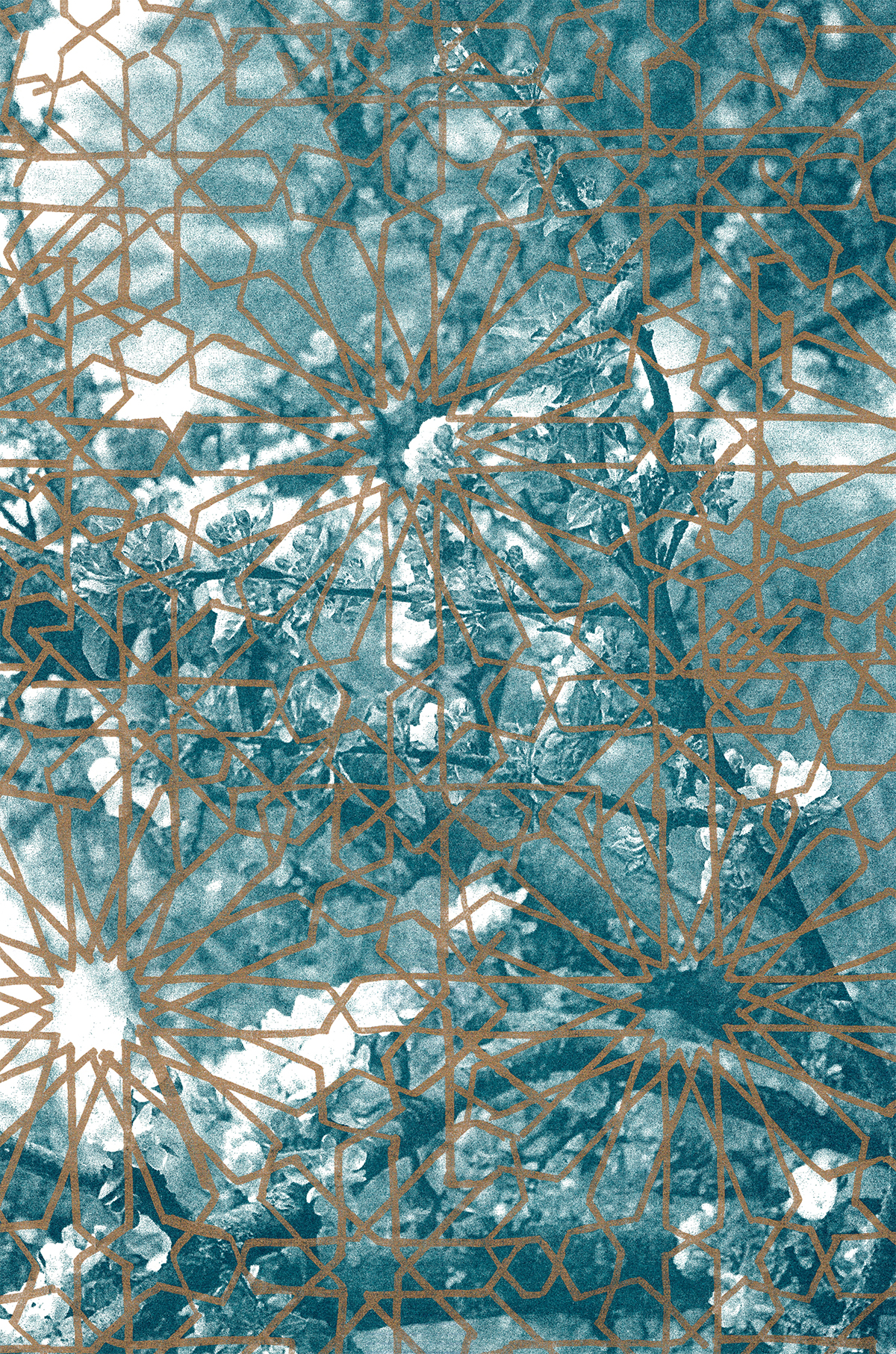 The title of the show ‘The Boundary of Drifting’ reminds me of a poem I have written.

The poem is about the now and the past, an everlasting moment in which a childhood memory is still alive. In the so-called ‘nunc stans’, the everlasting moment, time as we know it does not exist. We are immersed in the moment. ‘Find eternity in every moment’ as the 19th century French poet Henri David Thoreau stated.

In ‘The Life of the Mind’ (1977) Hannah Arendt describes it as ‘a small, inconspicuous trace of non-time’; only in the breach of the nunc stans can the intangible whole of human existence show itself as the pure continuity of the ‘I am’.

Many thoughts, reflections, and images pass through our mind. These multi-layers are shown in both the works in colour made with risography, as well as the black and white camera obscura photographs with pigments. The work tells a story and is mysterious at the same time. I love mystery in art.

I love adding layers too, as they create space and freedom. Layers which are originally three dimensional – like adding pigments and adding gold layers of muqarnas in these series. ‘Muqarnas’ originates from Persian and Islamic architecture, the magnificent domes decorated with beautiful, embossed structures. I use them on a flat surface in these ‘Muqarnas Variations’.

The title of each black and white camera obscura work refers to a poem, which adds another layer and another dimension to the work as well. These poems are from my first collection of poetry ‘The Art of War, Languishing Poems and other Temporary Cease Fires’.1

Brigitte Spiegeler (born, 1971) is a Dutch artist who graduated in fine arts from the Royal Academy of Arts, The Hague (The Netherlands) in 2008. Her work can be seen at international exhibitions in China, Turkey, Germany, Switzerland, Italy, Hungary and France. She has participated in the Venice Biennial in 2017. She uses a variety of techniques, such as photography, painting, ceramic, poetry and installation. Spiegeler’s works are about an imaginary time which only exists in our minds: in her words ‘a time without a time, vague with some details popping up, the memory is now, right here, but at the same time endlessly far away and intangible’. She also has a passion for language and her third volume of poetry entitled ‘Without Equal – an ode to Rembrandt’ (2019) has been received very well. The first volume of poetry entitled ‘The Art of War, languishing poems and other temporary cease fires’ (2015) and the second collection of poetry entitled ‘Plagiarism & Parody‘ (2017) have all been published by Uitgeverij In de Knipscheer.  Her work is in several international collections including the WanQi Art Museum, Dehua, China and various private collections in Germany, Turkey, Switzerland and the Netherlands. Brigitte Spiegeler continues to live and work in the Netherlands and loves to stay and work in artist residencies all over the world. In August and September 2022 she will live in Berlin.

ArtCN Gallery was officially launched in Shanghai in 2012. The vision of ArtCN team is to create a cross-cultural platform through art. We accomplish this through building a strong connection with both Chinese and Western artists underlined with our expertise in Chinese contemporary art. The gallery holds solo and group exhibitions of artists who have absorbed and reinterpreted elements from their native and adoptive countries creating a unique dialogue between Chinese and foreign cultures.