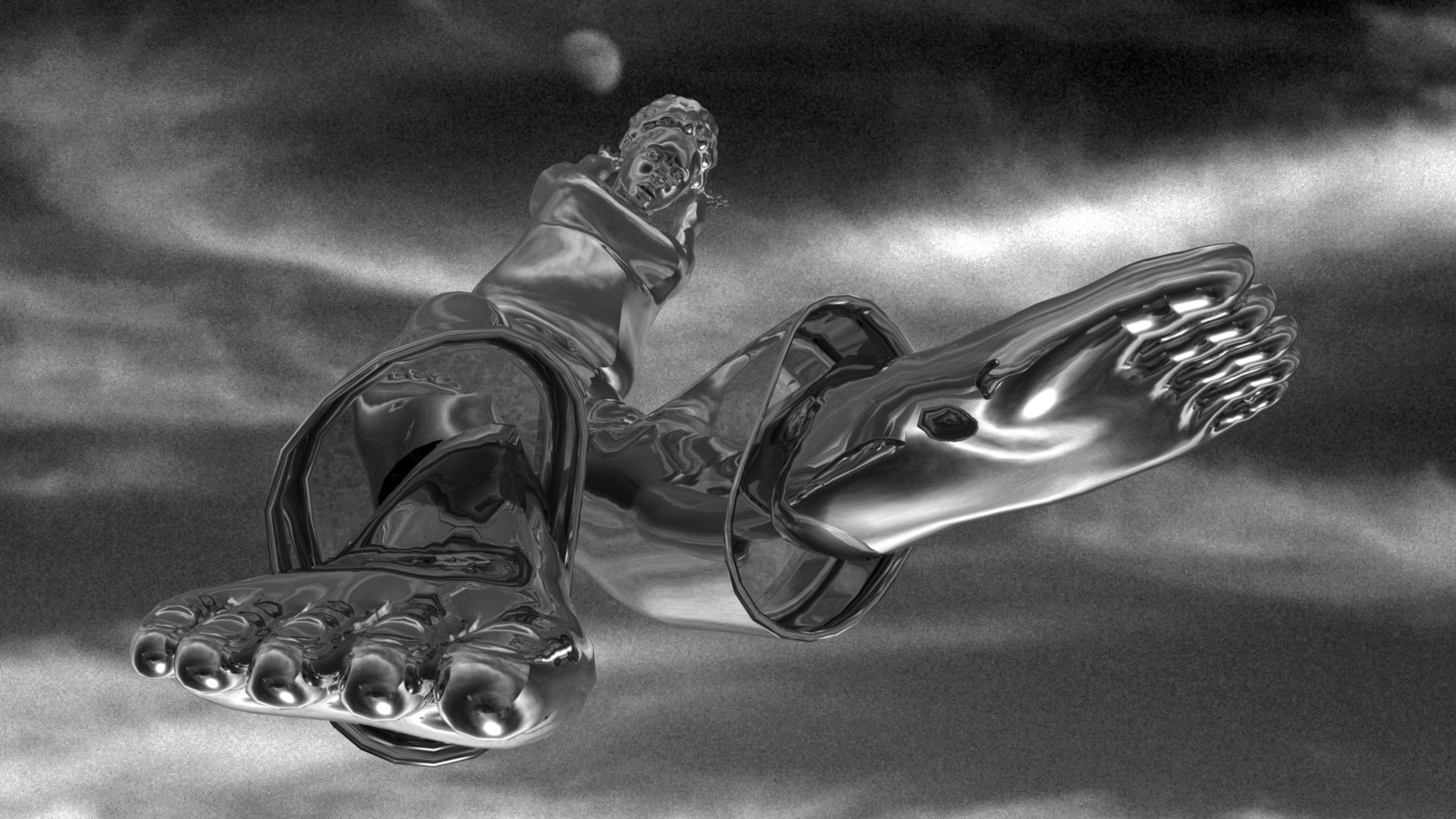 In creating Dark kNight in 2012, Hart felt it was time to begin a migration out of the sanctuary cocoon of her earlier animated automatons to symbolically confront and counter misogyny. In her re-emergence, she chose an avatar who seeks to escape one of her own eScapes and break free of the simulated sanctuary world behind the screen. As the title implies, the work is Hart’s response to the popular Christopher Nolan blockbuster, “The Dark Knight Rises”, a film about escape from imprisonment. Hart was prompted to envision her own restless female avatar trying out various strategies to escape virtuality. In the video we see Hart’s Dark kNight hurling herself, feet first, into the screen in an attempt to smash through it.

In 2019 Dark kNight was recut and structured into a 16 minute 26 second loop.

Claudia Hart emerged as part of a generation of ‘90s intermedia artists examining issues of identity and representation. Since the late ‘90s when she began working with 3D animation, Hart embraced these same concepts, but now focusing on the impact of computing and simulation technologies. She was an early adopter of virtual imaging, using 3D animation to make media installations and projections, and later as they were invented, other forms of VR, AR and objects produced by computer-driven production machines. At the School of the Art Institute of Chicago, where she is a professor, she developed a pedagogic program based on her practice – Experimental 3D – the first dedicated solely to teaching simulations technologies in an art-school context.

Hart’s works are widely exhibited and collected by galleries and museums including the collections of the Whitney Museum of American Art, the Museum of Modern Art, and the Metropolitan Museum. Her work has been shown at the New Museum, produced at the Eyebeam Center for Art + Technology, where she was an honorary fellow in 2013-14, at Pioneer Works, NY, where she a technology resident in 2018, and at the Center for New Music and Audio Technology, UC California, Berkeley where she is currently a Fellow. She is represented by bitforms gallery.