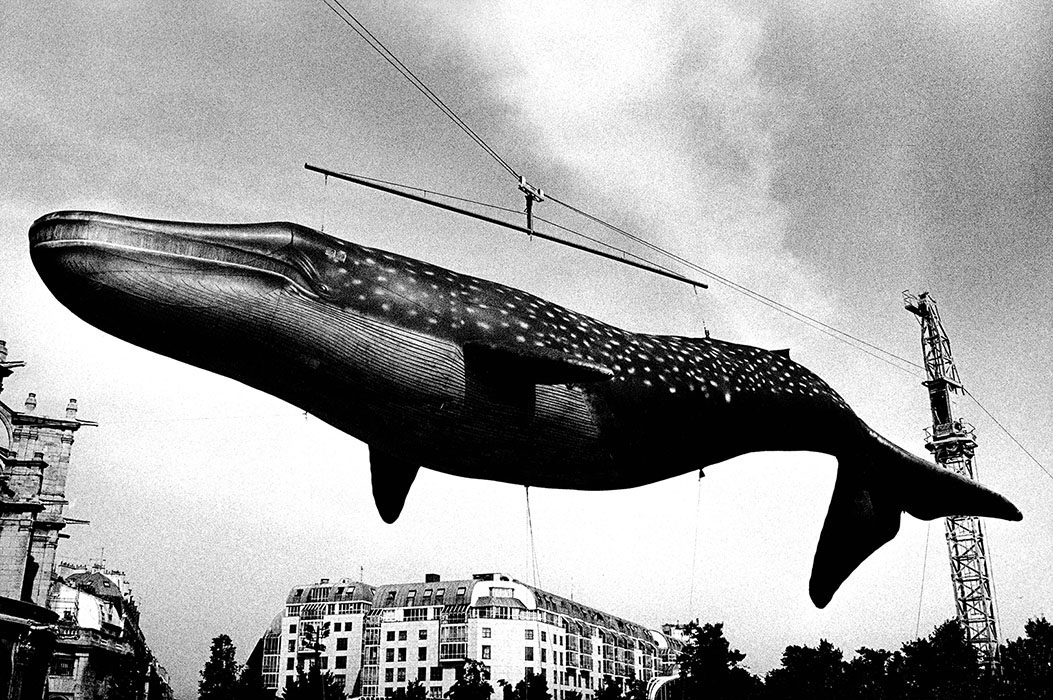 Since the 1970s, Moriyama’s artistic career has undergone a transformation, during which time he also left Japan for trips to many other places around the world. In 1988 and 1989, without speaking a word of French or knowing anyone except a fellow countrywoman, Moriyama lived in Paris with the outlandish project of starting a gallery in the apartment. The 21 photographs in Paris 88/89 document many surreal scenes he encountered with great amazement on the streets of Paris. Above all, the Paris trip was the opportunity to live Moriyama’s dream from when he was a teenager and navigate the world of French photographer Eugène Atget which he had been fascinated by for many years.

Born 1938 in Osaka, Daido Moriyama is an established Japanese photographer with worldwide reputation. Moriyama first trained in graphic design before taking up photography under Takeji Iwamiya and Eikoh Hosoe as an assistant. He went independent in 1964 and was involved in the photo fanzine Provoke between 1968 and 1970. By 1972, Moriyama has published Japan: A Photo Theater and Farewell Photography, with both showing his grainy, high-contrast images that came to be referred to as “are, bure, boke” (grainy, blurry, out-of-focus). He has made a radical impact on the photography scenes in both Japan and the West with this expressive style, characterized by his quick snapshots that sometimes come from forsaking the viewfinder entirely.

Moriyama has frequently held solo exhibitions and large-scale retrospectives since the 1990s: in 1999, his solo show toured San Francisco Museum of Modern Art and New York’s Metropolitan Museum of Art; Exhibitions were held again in New York and London in 2002 and in Fondation Cartier pour l’Art Contemporain in Paris in 2003; From 2004 to 2009, Moriyama was invited to undertake a number of retrospectives in European cities such as Cologne, Amsterdam, and Oslo; From 2010 to 2016, his works could be seen across the world in cities such as London, Beijing and Taipei. Moriyama’s works have been collected by many important public institutions, including the Museum of Modern Art in New York, J. Paul Getty Museum, the Centre Pompidou in Paris, Tokyo Photographic Art Museum and Tate Modern in London.

Three Shadows +3 Gallery aims to provide a professional model for promoting and guiding China’s homegrown artists, and offer opportunities to the public to better understand and recognize the excellent photography produced in China. To this end, +3 Gallery aims to foster the further development of informed collecting of photography in China. The future of Chinese photography is bright, but more can be done to support its healthy development. The time is ripe for a space like Three Shadows +3 Gallery, where appreciation for art photography and original prints stands at the fore. The gallery provides professional artwork and market management to both artists and collectors in its endeavor to strengthen Chinese photography overall.