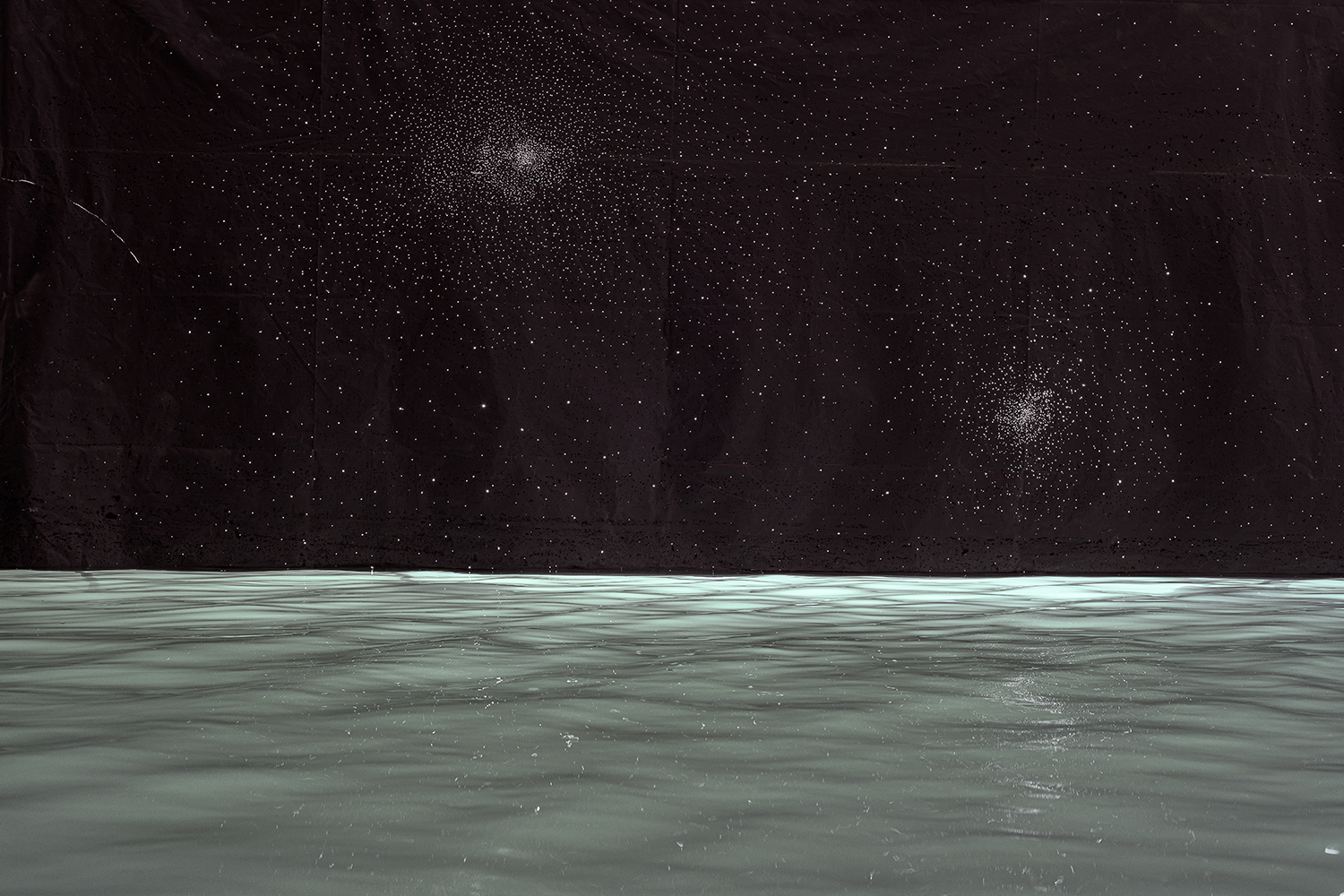 Tawde creates works by using everyday objects and settings while placing them in new situations and routes. He draws attention to the separation, and sometimes alienation, between the self and the outside world. In an attempt to suggest new contexts in which human beings connect to their infrastructure and environment, the imagery centres around illusions and is achieved through a sculpture-making approach, setting up life-size installations on locations or miniature sets. Although the surrealistic aspect and the creation of sets mimic the quality of Tableau photography, Tawde takes on a more traditional approach with his concepts. His work is based on the opposing concepts of the real and the imaginary through the lens of the camera and his mind. Rather than proliferating only on the imaginary and fantasy world, small clues are interlaced in his work, which draws viewers back to his main emphasis: a social, political and environmental commentary. Beyond these dreamlike realities are in fact a portrayal of his understanding of global issues and the dilemmas of humanity.

(b.1978 Mumbai, India) Visual artist and photographer currently based in Mumbai. He graduated from the National Institute of Design (NID) in 2004. Recent series Dialogues of an Introvert and Holy Boulevard have been featured in GUP Magazine and The Guardian have also exhibited in Singapore International Photography Festival and Backlight Photography Triennial. In 2013 and 2014, he was invited for an artist residency at the FUKUOKA ASIAN ART MUSEUM, Japan, and MUSEUM QUAI BRANLY, Paris. He was also nominated for the Paul Huf Award, PHOTOFAIRS Shanghai Exposure award, and Photo London emerging photographer award. His works largely involve humour and play with a fictional approach and are often interlaced with a documentary and an imaginary eye.

Founded in 2009, UP Gallery is Taiwan’s first gallery that solely dedicates in exhibiting photographic and moving image works. Yichia Liao the founder of the gallery, also an artist/photographer foresaw the possibility of photography in the world of contemporary art. The need for an unconventional space and a platform for exposure of photographic art in Taiwan were crucial among his visions, which lead to the establishment of the physical gallery space that is now located in Hsinchu, Taiwan.