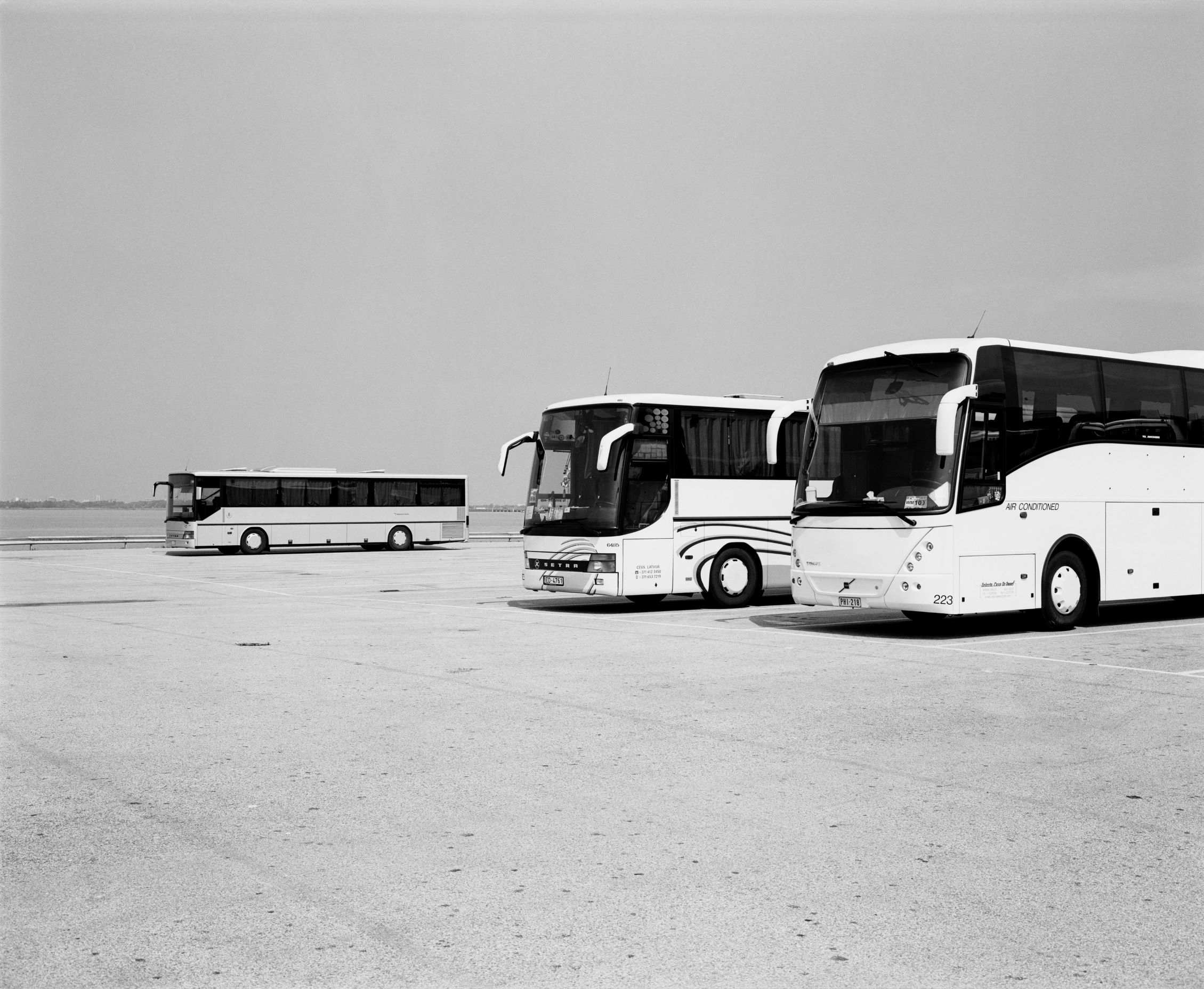 “I have always begun to speak, always tried to inscribe, to say what I cannot say.” (Falk Haberkorn)

The photographic source material for the group of works Venedig, produced in 2006, was created during a stay of several weeks in Venice in the summer of 2004 as a continuation/commentary on the series La dittatura dello spettatore produced the year before.

In both cases it is initially an examination of the phenomenon of mass tourism using the example of Venice, one of the most important international “hotspots” of the tourism industry in this respect. The buses – referred to here by the general term Vehicles – are photographed in the sun and mostly in side or oblique view in front of the industrial and port complex of Marghera, one of the most important in Europe, looming in the background. They form the interface between a city that appears only as a backdrop to itself (and is marketed as such), which is completely dependent on international tourism, and the reality of the global economic movement of goods in the form of the industrial port. As vehicles, the buses are the means of transport for goods and people, who in their reduction to being consumers are also merely goods. In this sense, Venedig can be read metaphorically, but also, on the photographic surface, purely descriptively as a form of documentary stocktaking.

Sebastian Klemm and Silvia Bonsiepe founded KLEMM’S as a gallery for contemporary art in 2007. They represent artists from different generations, cultural backgrounds and media whose work is linked by a shared interest in the transformation of experienced reality and who engage with social realities in combination with an aesthetic consciousness.

It is important for Klemm’s to support and accompany the artists through the early stages of their development and steadily foster their development and careers in a progressive international context. In conceiving the program, it is essential for them to offer the artists a platform that allows their conceptual approaches to unfold individually and also to reflect upon and enhance each other.