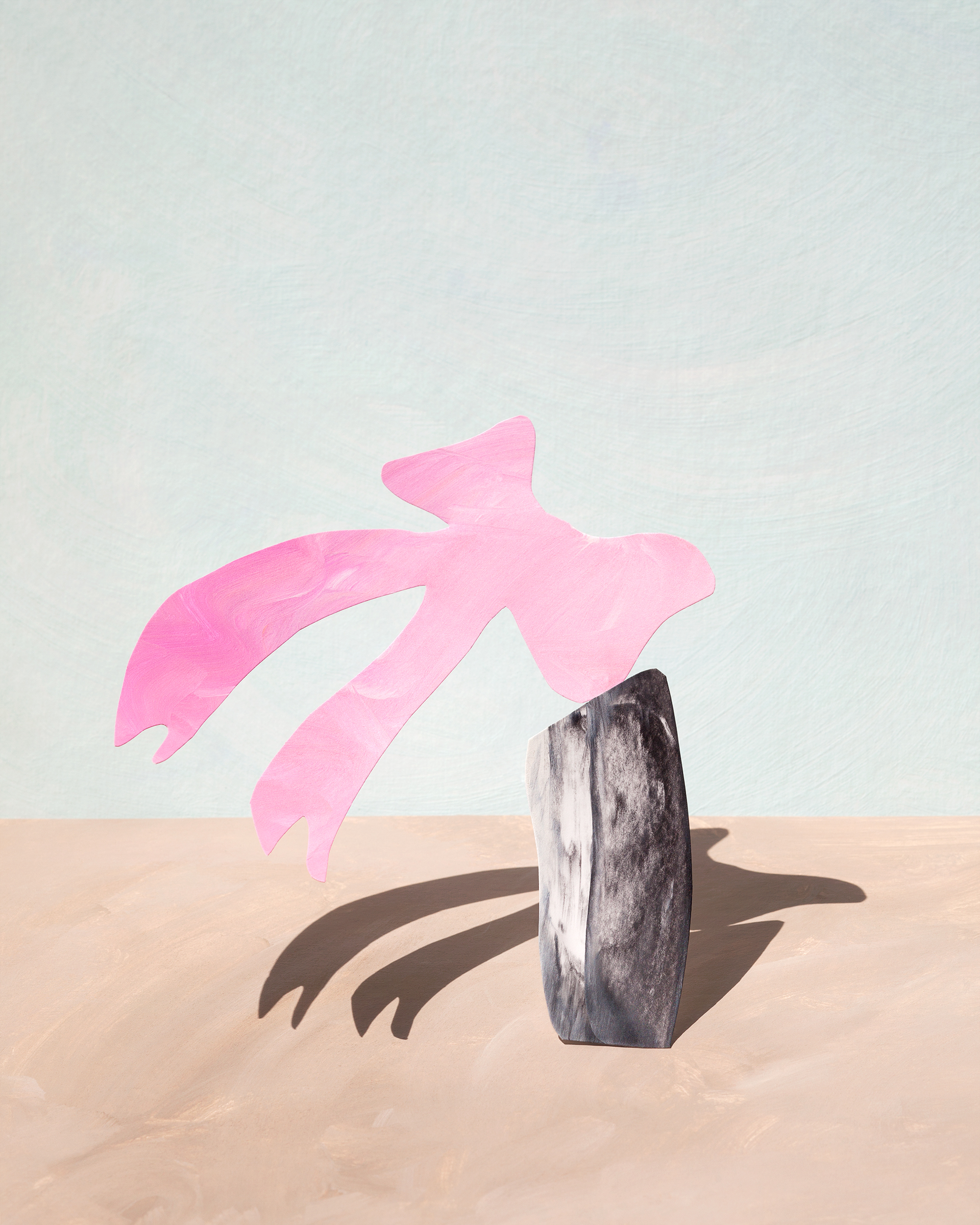 In Radiator Theatre Jang creates a visual lexicon of her own. The title of the series partly refers to the circumstances of Jang’s practice, which is in a corner of her small studio apartment. Jang observed that the path of light from her south-facing windows prominently illuminates the large radiator a few feet away from her bed. Using the top of the radiator as a blank stage, Jang builds small three-dimensional sets out of paper that she paints and cuts, and shoots the tableaux with natural light from the nearby window.

Jang describes the series as “a range of wordplays, rhymes, misinterpretations, exaggerations, and lies through lyrical shapes and colors”. We all know the feeling when a word is on the tip of our tongues. The scientific term is lethologica, or the failure to retrieve a specific word from memory, combined with the feeling that recovery of the word is impending. Jang’s poetic and ambiguous photographs channel this sensation.

Ina Jang graduated with a BFA in Photography in 2010 and completed her studies in the MPS Fashion Photography Program in 2012 from the School of Visual Arts. Her works have been shown in internationally acclaimed galleries and festivals, including the New York Photo Festival, Daegu Photo Biennale, Paris Photo, Tokyo Photo, Unseen and Foam Photography Museum in Amsterdam.

Over the past years she has been nominated for numerous awards, including The Magenta Foundation’s Flash Forward and International Center of Photography’s Infinity Awards. She was a Foam Talent and a finalist at the Hyères International Festival of Fashion & Photography in 2011. In 2016, Photo District News announced her as one of the PDN 30 Emerging Photographers. Her latest project “Utopia”, was shown last year at Musée des beauxarts Le Locle in Switzerland. Her works have been published in Time Magazine, British Journal of Photography, IMA Magazine, The New Yorker and The New York Times Magazine.

Since opening its doors in Seoul in 2018, JASON SHIN, (formerly One Four) has established itself for its forward-thinking exhibitions promoting artworks by international contemporary artists. JASON SHIN represents an international collection of established and emerging artists working across a diverse range of media and concerns.